SRV, the contractor for the new EUR 100 million Holiday Club Saimaa spa hotel, prioritised a number of issues when selecting the structural frame supplier for the project. The contract was won by Peikko Group, which offered the best combination of price, delivery capability, and overall track record in terms of technology and quality. Peikko delivered 400 pcs of DELTABEAM®s, 490 pcs of Composite Columns and other steel structures to the spa hotel construction.

The Holiday Club Saimaa project was launched a couple of years ago when Holiday Club Resorts, which offers timeshare accommodation across Europe, selected the site for a new spa hotel. The choice was made from a shortlist of four, according to Holiday Club Resorts’ CEO, Vesa Tengman, two in Sweden and two in Finland.

“The site we selected had the level of visitor volume that we were looking for already in place, and visitor volume is essential for the success of a project of this size,” he says.

Another important priority was minimal payback time. As a result, the company decided to opt for a project management contract, which was won by one of the Finnish pioneers in the field, SRV, or more precisely its subsidiary, SRV Rakennus Oy.

“We wanted to be able to get the spa hotel and arena up and running as quickly as possible,” explains Holiday Club Resorts’ Construction Manager, Mikko Järvinen.

SRV quickly mobilised all the resources needed to meet Holiday Club Resorts’ ambitious timetable. This resulted in the decision to switch to the use of structural frames, as SRV believed this would give a useful advantage in terms of construction time.

Joutseno, near Lappeenranta, which had been selected as the best locality for the development, also played its part by fast-tracking the zoning process and construction of the necessary infrastructure. The site itself was not a greenfield one, as it had been home to a mental hospital between the 1920s and 1990s.

“The project included both new construction and repurposing existing structures for hotel use, although the new work accounted for the greater proportion of the overall workload,” explains Veli Siikonen, SRV’s Technical Manager for the project.

The structural frame supplied by Peikko for the spa hotel and arena was one of the project’s largest subcontracts. A total of 400 DELTABEAM®s, 489 composite columns, trusses, and other steelwork were delivered to the site according to a tight schedule.

“Peikko deliveries began in June 2010 and the last trusses were installed in spring 2011. We definitely got a major timetable benefit from selecting a steel frame for all the project’s structures,” says SRV’s Site Manager Martti Kutila.

“Peikko is a good example of an innovative company when it comes to developing its products,” says Veli Siikonen. “Their surface treatment technology is in a different league from what was available just a couple of decades ago.”

This surface treatment expertise has been put to good use in the project. The spa hotel’s composite columns, for example, are both hot-dip galvanized and painted, which will ensure that structures exposed to contact with air with a very high moisture content will have a long life. A similar composite structure based on a steel-reinforced core surrounded by a steel shell has also been used in the columns of the arena. The exposed steel of the arena’s upper areas have been protected with fire-resistant paint to provide enhanced safety during ice hockey events, for example.

Pöyry Civil Oy handled the bulk of the structural design, with the exception of the spa’s structural frame, which was designed by the Peikko Group.

“Having the supplier also being responsible for the design is not always easy for a project, but in this case Peikko did a good job,” says Martti Kutila.

While the design of the arena at Holiday Club Saimaa is nothing out of the ordinary, that of the spa hotel is something else, particularly because of its complicated geometry.

“The size of the spa building also brought its own challenges,” says Esko Jussila of Pöyry Civil, who was responsible for the project’s structural engineering. “It made sense to divide the building into sections using expansion joints, but using solid concrete walls or steel lattice work was not an attractive option. Composite columns running the entire height of the structure offered an excellent solution.”

The geometric complexity of the structure meant that welded joints rather than standard bolted joints were used for some of the joints.

“This was definitely the way to go when we needed to connect the DELTABEAM®s with the composite columns, for example,” says Martti Kutila.

The wide variations in height in the structure of the spa also required a lot of detailed work, both in terms of design and on site.

“It was very important to avoid any dimensional errors. Thanks to good cooperation between all those involved, we were able to avoid these problems during the design process, which is quite an achievement for a building of this complexity,” says Esko Jussila.

Similar success was achieved on site, where all the structural steelwork was completed on time – and the entire site was completed in October in good time for the official opening scheduled for November.

Having the supplier also being responsible for the design is not always easy for a project, but in this case Peikko did a good job. 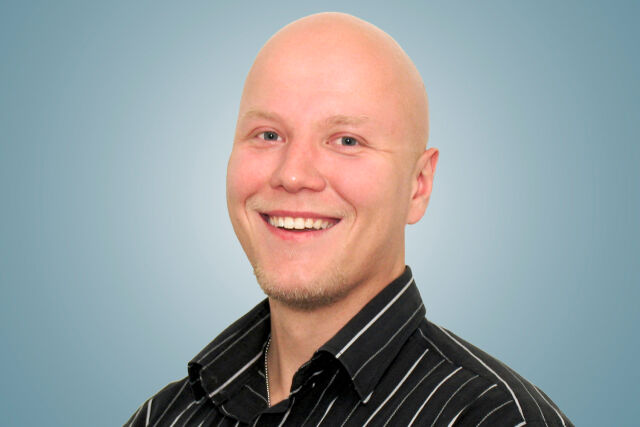